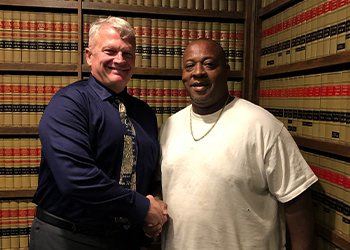 Talk about a blast from the past! A couple of days ago, I was blessed with a visit from an old friend, Robert Reed, Jr., the first client whom I ever defended in a jury trial. He was unjustly accused of stalking under Texas’ then brand-new stalking statute. Robert now works as a truck driver.The Texas Legislature meets in the spring of every odd-numbered year for 140 days. Most statutes enacted in the spring take effect on September 1st of the same year. Stalking was such a popular, hot-button issue at the time that the new statute took effect on March 19, 1993, in the middle of the legislative session.I was only 14 months out of law school and was terrified that I would let Robert down. We tried the case to a hung jury in July 1993. Robert was acquitted when we retried the case a month later in August 1993. I was so relieved that the jury did the right thing! I’m also delighted that Robert now knows the Lord and is my brother! On a side note, the original statute was hurriedly written and originally was an add-on to section §42.07 of the Texas Penal Code (as §42.07 (a) 7)), Texas’ Telephone Harassment statute. The new statute was poorly worded, and an element of the new offense of stalking was based on whether the alleged victim was afraid. Since it was based on a subjective standard, I filed a Motion to declare the statute unconstitutional in Robert’s case. The trial judge denied my motion.

Since my client was acquitted, I could not take up the constitutional challenge on appeal. I was glad to see three years later that the Texas Court of Criminal Appeals declared Texas’ original stalking statute unconstitutional in Long v. State, 931 S.W.2d 285 (Tex. Crim. App. 1996) for the very reasons I urged at trial. Texas’ stalking statute has since been rewritten and now the test is based on an objective standard (whether or not a reasonable person in the circumstances would be afraid) instead of a subjective one (whether the alleged was afraid).

I love my job! 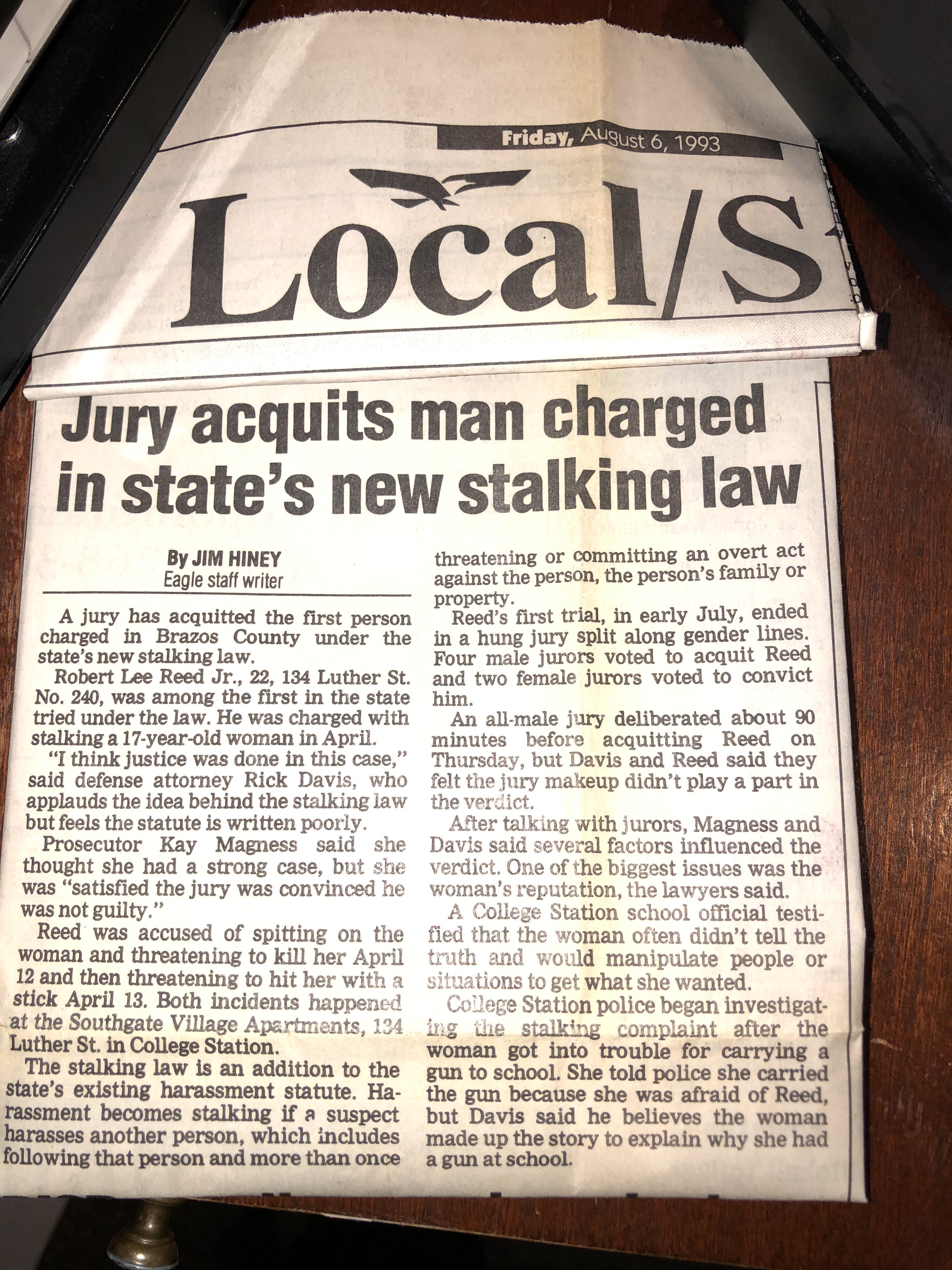