WASHINGTON (CN) – Justices Neil Gorsuch and Sonia Sotomayor teamed up for a dissent Monday after the Supreme Court rejected an appeal over forensic witnesses in criminal trials. 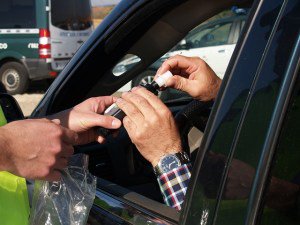 Early on in the 4-page opinion, Gorsuch quotes precedent to laud cross-examination as possibly “the greatest legal engine ever invented for the discovery of truth.”

“The Constitution promises every person accused of a crime the right to confront his accusers,” Gorsuch wrote.

“That promise was broken here,” the dissent continues. “To prove Vanessa Stuart was driving under the influence, the state of Alabama introduced in evidence the results of a blood-alcohol test conducted hours after her arrest. But the state refused to bring to the stand the analyst who performed the test. Instead, the state called a different analyst. Using the results of the test after her arrest and the rate at which alcohol is metabolized, this analyst sought to estimate for the jury Ms. Stuart’s blood-alcohol level hours earlier when she was driving. Through these steps, the state effectively denied Ms. Stuart the chance to confront the witness who supplied a foundational piece of evidence in her conviction. The engine of cross-examination was left unengaged, and the Sixth Amendment was violated.” (Emphasis in original.)

Joined by Sotomayor, Gorsuch said that in rejecting Stuart’s appeal the court missed an opportunity to undo confusion that was sown in 2012 with the case Williams v. Illinois.

He noted that there was no majority opinion in Williams but that a plurality of five justices in that case had nevertheless rejected the logic offered by Alabama here: that the state called the witness against Stuart not to testify to the truth of what the report said about her “blood-alcohol level at the time of the test, only to provide the state’s testifying expert a basis for estimating Ms. Stuart’s blood-alcohol level when she was driving.”

“After all,” Gorsuch continued, “why would any prosecutor bother to offer in evidence the nontestifying analyst’s report in this case except to prove the truth of its assertions about the level of alcohol in Ms. Stuart’s blood at the time of the test? The whole point of the exercise was to establish — because of the report’s truth — a basis for the jury to credit the testifying expert’s estimation of Ms. Stuart’s blood-alcohol level hours earlier.” (Emphasis in original.)

Alabama also argued that the Sixth Amendment right to confrontation failed to attach because the report wasn’t “testimonial,” but Gorsuch and Sotomayor disputed this as well and again pointed to Williams.

“However you slice it, a routine postarrest forensic report like the one here must qualify as testimonial,” Gorsuch wrote. “For even under the plurality’s more demanding test, there’s no question that Ms. Stuart was in custody when the government conducted its forensic test or that the report was prepared for the primary purpose of securing her conviction.

“Respectfully, I believe we owe lower courts struggling to abide our holdings more clarity than we have afforded them in this area. Williams imposes on courts with crowded dockets the job of trying to distill holdings on two separate and important issues from four competing opinions. The errors here may be manifest, but they are understandable and they affect courts across the country in cases that regularly recur. I would grant review.”

The court did not include any grant of certiorari in its order list Monday.

If you face criminal charges, it is essential to consult a knowledgeable criminal defense attorney to analyze the facts of your case and ensure you do not waive any rights. Attorney Rick Davis has the skills and experience needed to assist you in obtaining a favorable outcome. Contact his team at 979-779-4357 or via the online form to schedule a consultation.

Texas Court of Criminal Appeals Rules a Written Judgment Does Not Prevail Over an Oral Sentence Imposed by a Jury October 29, 2018, Rick Davis & Associates Blog