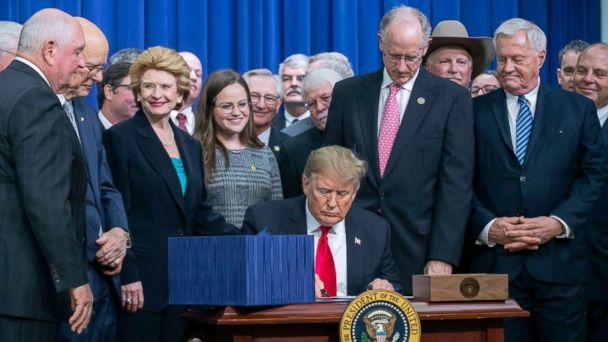 Lost amid last Thursday’s tumult over a partial government shutdown, the resignation of Defense Secretary James Mattis, and plunging stock prices was the authorization of an unprecedented bill that will end federal prohibition for one strain of marijuana.

But that new law will have likely have little impact on people like Henry Cobbs, a decorated Air Force veteran who lost his job in August for vaping medical marijuana in a federal workplace.

“Hallelujah,” replied Cobbs, forced into retirement as dean of academics at the Air Force Special Operations School near Fort Walton Beach for using cannabidiol (CBD) to successfully treat his prostate cancer. “It won’t help me, but maybe it’ll help somebody else and spare them what I’ve been through.”

The new law, approved in overwhelming margins by Congress a week ago and signed by President Trump, is part of the Agriculture Improvement Act of 2018 and will go into effect on January 1, 2019. What it means is that a category of cannabis called hemp, which contains less than 0.3 percent of the psychoactive ingredient known as THC, will be removed from its Schedule 1 classification under the Controlled Substance Act of 1970. With Schedule 1, all forms of marijuana are considered as deadly as heroin and more dangerous than cocaine.

The new rules are complicated, but they build upon language contained in the Farm Bill Act of 2014. That version allowed states to license farmers to grow hemp in conjunction with university-affiliated pilot programs, but it did not allow growers to commercialize the plant.

“The significance of this law change should not be underemphasized,” stated Paul Armentano, deputy director of the National Organization for the Reform of Marijuana Laws. “This law marks the first change in the federal classification of the cannabis plant (since 1970) and paves the way for the first federally-sanctioned commercial hemp grows since World War II.”

America’s retail CBD industry is already booming — a nearly $600 million market this year, according to analysts with the Brightfield Group — but the policy shift is expected to super-charge commercialization. However, according to Armentano, procedural obstacles posed by the U.S. Food and Drug Administration need to be resolved before the agency will certify CBD as a legitimate dietary supplement.

Henry Cobbs, a 77-year-old Vietnam veteran, credits CBD for pushing his cancer in remission. Diagnosed in 2016, the former air intelligence officer eschewed traditional treatments for a holistic path and is alive to tout its success. However, he was forced into retirement when an AFSOC employee turned him in for using an illegal drug.

Rather than getting fired, Cobbs elected to step down four months ago in order to preserve his benefits. The career educator is challenging his “constructive dismissal,” and hopes to argue his case before the Merit Systems Protection Board, which hears complaints by federal employees charging unfair termination. It has until February to rule on his grievance.

“The problem is, Trump hasn’t even appointed enough board members to have a quorum,” said Cobbs. “So I don’t know how long this could drag on. At this point, I’m just sick and tired of this.”